This has turned out to be one of my favorite lightning shots of the year. It is a stack of 14 individual photos that were taken around 1:40 am on August 31st 2013. The image has at least 17 cloud to ground lightning strikes in it over an 84 second time span. As the summer slips away, and fall approaches it is harvest time for certain crops in the area. It has been great year for gardeners and farmers alike.
My plan was to frame the pictures up with the Ottawa Lake Co-Op grain elevator in the foreground. I didn't actually think the storm was going to cooperate, but it did. It developed behind me by a few miles and traveled overhead before traveling towards Toledo, Ohio and exploding in strength. September 2013 photo of the month. 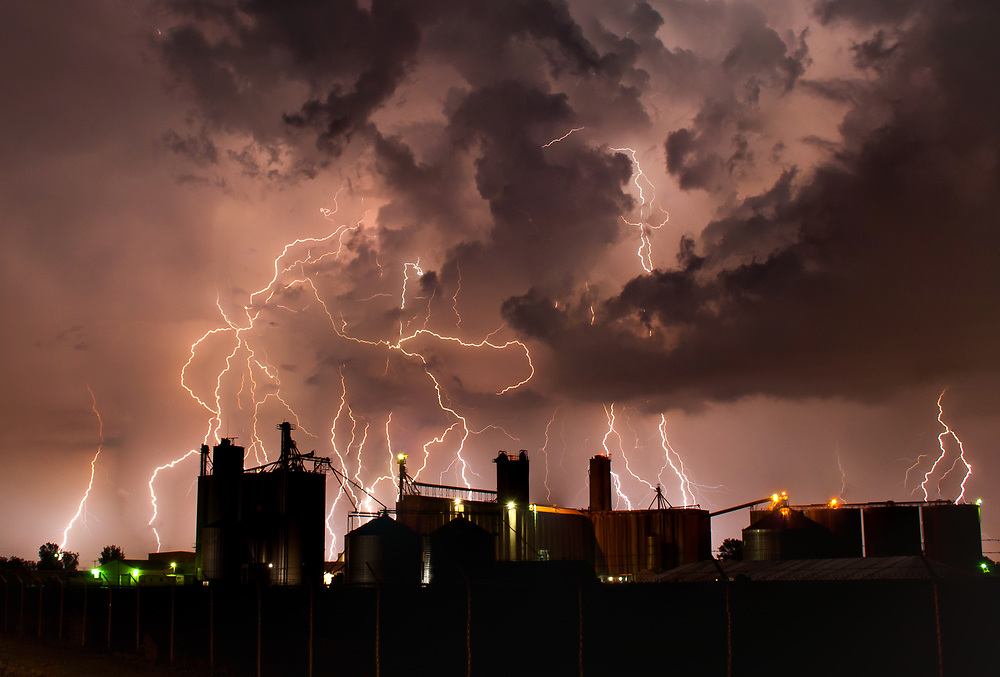