Anvil lightning crawlers electrified the night sky. It was like a constant shower of electricity moving through the air.
An awe inspiring lightning show lit up northwest Arkansas late on June 14th into the early morning hours on June 15th. It was one of the wildest lightning displays I have ever seen. The pictures were taken from inside my garage. Two separate strikes hit across the street striking two cars and setting off the car alarm. 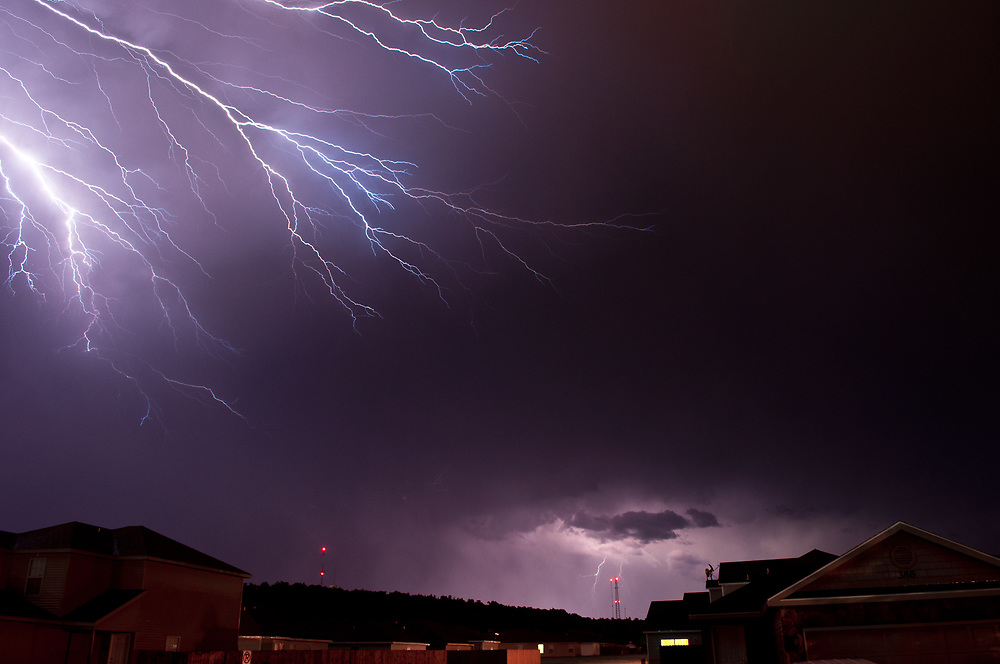