What a sight! We have been planning a backpacking trip to the Porcupine Mountains for several months. We picked late September for the combination of peak fall color and the higher aurora chances near the new moon. We got a lot more than we expected. We ditched the tent and set our alarm each hour to see if the lights were out. The sky was cloudy most of the night, but at 3:30am there wasn't a cloud in the sky. We made our way to the lakeshore and sure enough the northern lights were dim on the northern horizon. At one point you could hear the howl of a distant wolf pack while the northern lights were out. Then moments later a slow move fireball flashed across the sky. It lasted a couple seconds and the brightness pulsed as it moved through the atmosphere. After that the aurora faded, but several more meteors (some very bright) streaked above us. The aurora was even brighter the following night which kept dozens of backcountry campers up with excitement. Picture was taken on September 26th at 3:49am EDT. My Nikon D7000 was set to f/1.8 with an ISO of 3200 on my 35mm lens. The image is not cropped and it is a 13 second exposure. 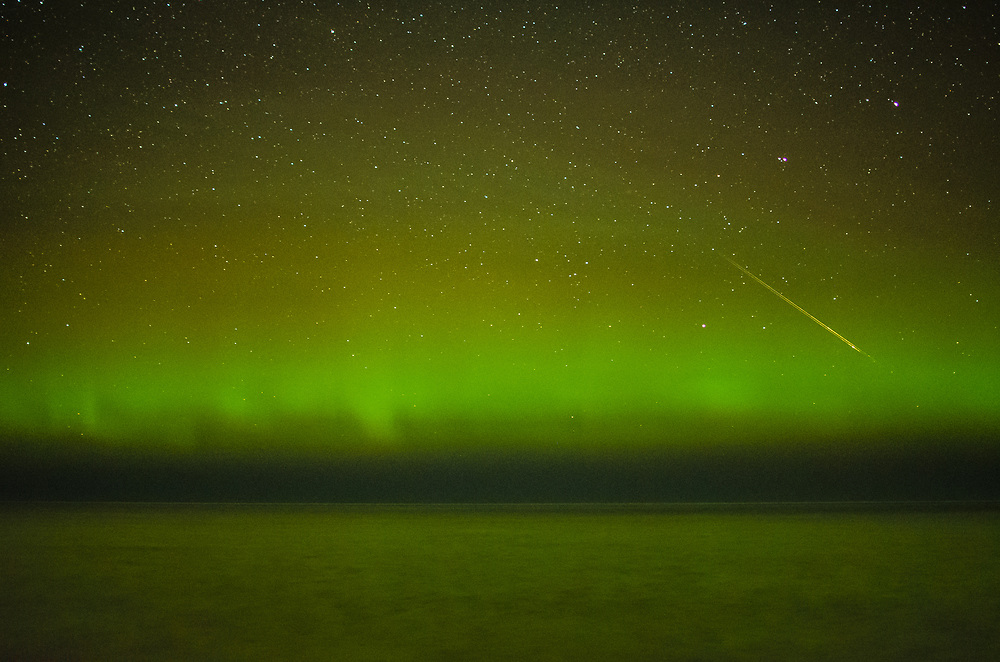