October 2010 photo of the month. This picture was taken on September 10, 2010 and shows the bottom of the 51 foot waterfall and emerald pool below.

This waterfall is called Bingham Hollow Falls and was just discovered. Brian Emfinger found the falls in the middle of July 2010. Since that point Tim Ernst has made 3 trips to document and photograph this waterfall and is publishing the results in his new waterfall book later next year. So it won't be long before its location is made public. As Brain and I were resting at the top of the falls a black bear got within 20 feet of us before both the bear and us realized what was going on. I am sure the bear hasn't seen anybody at this spot before. 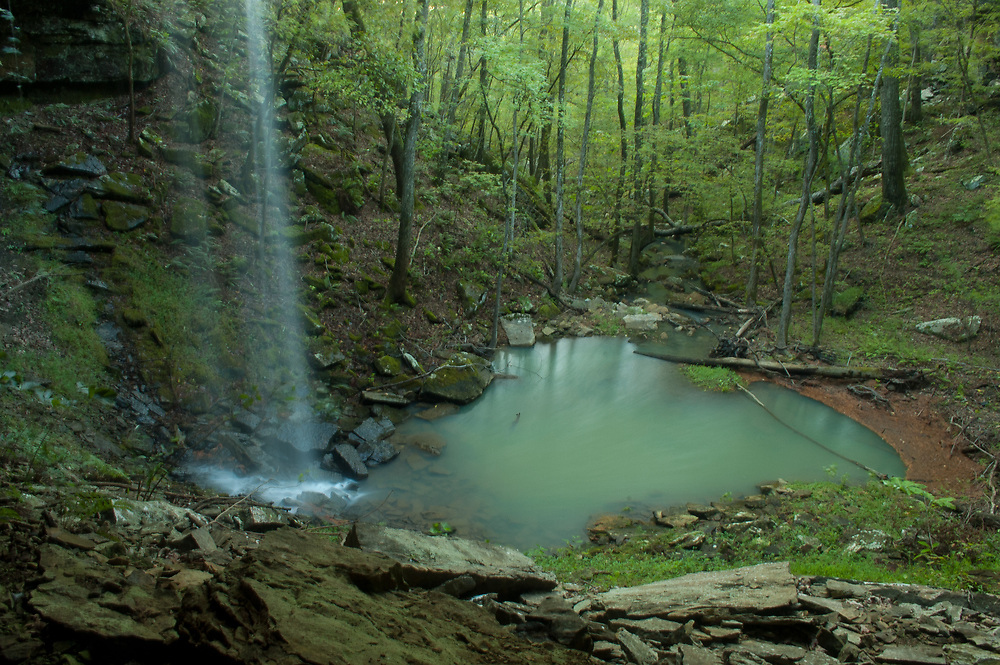