I drove 6 hours hoping to capture the northern lights in the background with the Whitefish Point Lighthouse. I had no idea an hour after sunset a very intense aurora would develop with blues, purples, and greens. It developed overhead for several minutes! A car pulled into the parking area at the right time and the headlights lit up the foreground. There was even an iridium flare that occurred during this active spell. I also spotted the ISS as well (just to the left of this frame).
A solar storm flared up in the sky right at twilight and continued non-stop for 6+ hours along the Lake Superior coastline at Whitefish Point on October 11-12th 2017. 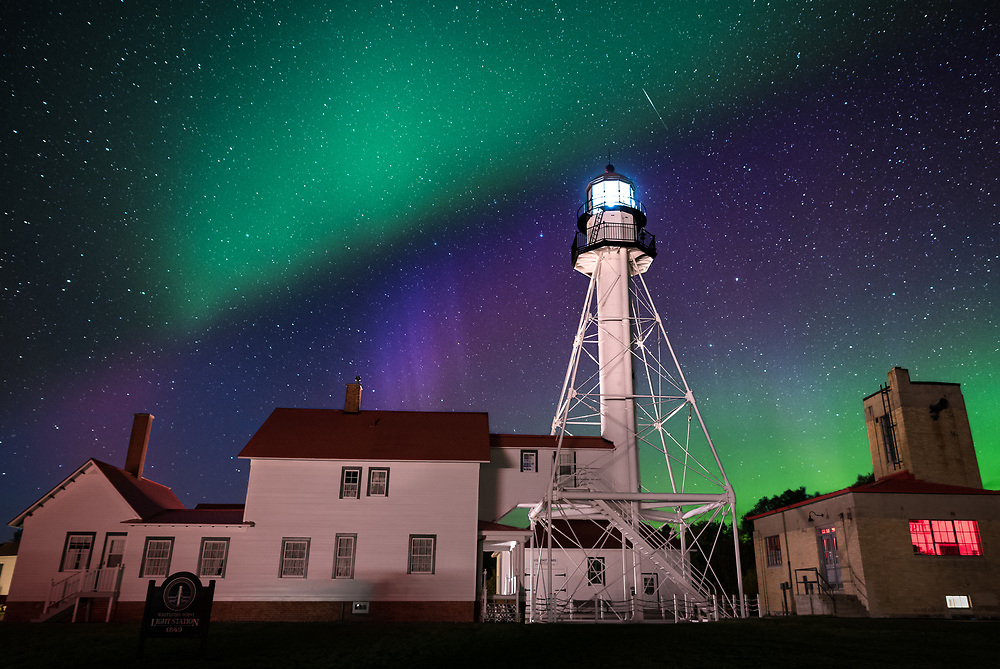